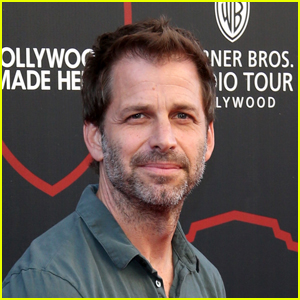 Zack Snyder is getting candid about the naming process for Batman V Superman: Dawn of Justice.

Zack and his co-writer Chris Terrio made an appearance at Justice Con and revealed that they didn’t come up with the film’s name and originally had a different title in mind for the movie, per Uproxx.

“I remember when there was a back-and-forth that I had with the studio, Batman v Superman: Dawn of Justice was like the only title that [Warner Bros. liked],” Zack said.

“The whole ‘v’ instead of ‘versus,’ it was like this crazy negotiation. I was like, ‘Guys, can’t we just do something like ‘Son of Sun and Knight of Night’, or something that’s a little bit more poetic?’ And they were like, ‘Absolutely not,’” he continued, laughing. “I was like, ‘Is it a court case?’”

Studio executives also considered not calling it Batman v Superman at all and instead go with “Justice League: Foundations” or “Justice League: Rising” in order to lay the groundwork for the superhero team.

Chris said the idea was to “suggest that this movie was going to be the beginning of the Justice League, even though it didn’t really look like it.”

The screenwriter has been relatively outspoken about his dislike of the movie’s title, telling Vanity Fair, “I did not name the script. In fact, I found out what the movie was called along with the rest of the world on the internet. I was not consulted on the title of the film, and I was as surprised as anyone. I would not have named it Batman v Superman: Dawn of Justice.”

He added that he suspected the decision was motivated by “marketing” and that he found the title “tone-deaf”.